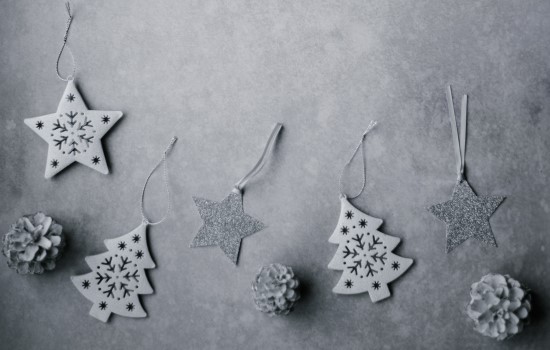 T’was the night before Christmas, in Lawrence Sherrif Street,

When the final Mack client had just left her seat.

The straighteners were hung up by the chair with care,

In hopes that the elf would not interfere.

The clients were nestled all snug in their beds,

While visions of volume danced in their heads.

We’d swept up the hair, put away the last bobby pin,

So we could finally sit down with a bottle of gin.

When out in the front there arose such a clatter,

We sprang from our Hendricks to see what was the matter.

Away to the front desk the girls flew like a flash,

Hands over their drinks – not to waste even a splash.

While moon at the end of our long working day,

When what in the salon runs in at a speed?

A last-minute client in his hour of need.

His hair was white and gloriously thick,

But the way he’d styled it just wasn’t that slick.

He didn’t have long, that was for sure,

But he promised to come back for his next pedicure.

On, Jordon! On, Lauren! On Jess and Abby!

To the basin, the seat, to the sweets in that bowl,

When met with a challenge, our girls know how to fly,

Could this be the quickest ever hair dye?

Away to their stations, the girls they flew,

First up for Santa, was a cleansing shampoo.

His frizz was to be banished, in a magical “poof”,

But first to protect Santa with a spritz of heatproof.

As we all got stuck in and hurried around,

Santa was quickly complete, with a look to astound.

His hair hung beautifully, from his head to his foot,

It smelt just like almonds and no longer of soot.

His youthful look was finally back,

If only we’ve had time to add a shellac.

But his eyes – how they twinkled under his glasses,

Thanks to the tint to his brows and lashes.

His hair was now a glorious white,

And you’ll be pleased to hear, not a split end in sight.

Although he didn’t have long before he needed to wander,

He thankfully had time for a PH bonder.

And that long beard that ran to his belly,

We smoothed it out nicely with some hair scrunching jelly.

The girls, they loved him, a right jolly old elf,

And he loved our salon, bought the whole GHD shelf!

A wink of his eye and a twist of his head,

We knew the time had come that we dread.

He said his thank-yous, then head to his sleigh,

Of course not before offering to pay.

And laying his finger aside of his nose,

He sprang to his sleigh, decorated with gold foil,

And we passed him his purchase of new Moroccan oil.

Then he flew away while yelling over his back,

Merry Christmas to all, and thank goodness for Mack.